All posts from: Harrogate International Festivals 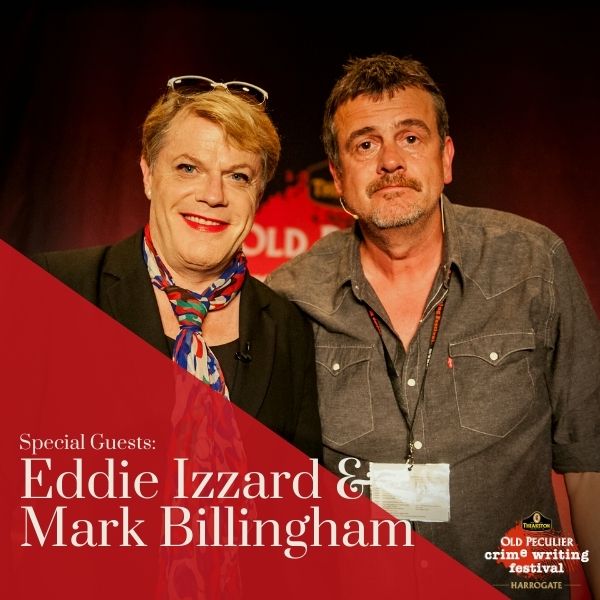 #HIFAtHome Mark Billingham and Eddie Izzard first met more than twenty-five years ago as struggling stand-up comics. Mark continued to struggle then later chucked in the comedy and went on to write the hugely successful series of crime novels featuring DI Tom Thorne. Eddie meanwhile became the mot acclaimed comedian of his generation, on top of which he is now a hugely successful actor, activist, and campaigner. In this very special guest event, they will discuss the overlap between crime and comedy, the art of storytelling and of course Eddies many TV and film appearances. Recorded live at HIF’s Theakston Old Peculier Crime Writing Festival (Friday 17 July 2015)