All posts for: Classical

Our Sunday Concerts series is the longest running of its kind in Europe, and we are relying on donations during these unprecedented times to continue to deliver classical concerts to our audiences. Our Autumn Season concerts are now available both to physical audiences (subject to ongoing Government guidelines) and online audiences, with each performance broadcast live using the state of the art livestream equipment.

Sing along to 'How Far I'll Go' from Moana, jump to the rhythm of Jessie Montgomery's Starburst, wander through a fairytale world with Ravel, or just lie on the sofa and chill while the sounds of George Walker’s gorgeous Lyric for Strings wash over you. This concert is captioned and British Sign Language interpreted.

Zoom in on The Fonteyn

Zoom in on The Fonteyn is an insightful series of online interviews and reflections held over Zoom, relating to The Margot Fonteyn International Ballet Competition. Over the 9-week series, we will hear from international dance professionals like Dame Darcey Bussell DBE, Sir Anthony Dowell, Stella Abrera, Marianela Nunez, Dame Monica Mason DBE, Mlindi Kulashe, and many more. They will discuss what they value in dance, preparing for your own performances, Margot Fonteyn, the person and the performer, dancing Frederick Ashton’s choreography and their own competition experiences.

SEMMELWEIS - Behind the work with composer Ray Lustig and Matt Gray

Join Ray Lustig, Composer and Matt Gray, General Director at The American Opera Project (AOP), for a conversation about Semmelweis, which is streaming on demand at www.doctor-semmelweis.com. Ray and Matt will talk about the history of Semmelweis, lessons for our time, and the development of the project. Several early workshops, directed by Matt Gray, were staged with AOP’s generous support.

A weekly series of mini recitals played on the harpsichord by Pawel Siwczak, from his home in London. Live Every Friday at 7.30pm (BST)  and available to watch any time after an event. Duration 15-20min. In collaboration with Bach Club, Pawel Siwczak, concert artist, harpsichordist and a teacher at the Royal Academy of Music, each week chooses one or two works from baroque repertoire, introduces them and then performs live. The title of the series is inspired by a piece that Johann Jakob Froberger wrote in 17-century in London “Pour passer la melancholi” (original spelling) and which so adequately captures the moods of many of us during these days of isolation. The previous episodes featured works by the above mentioned Froberger, John Blow and Nicolaus Bruhns, Johann Sebastian Bach, Louis Couperin and François Couperin. Future episodes will include music by Scarlatti, Frescobaldi, Byrd, Sweelinck, CPE Bach and more! 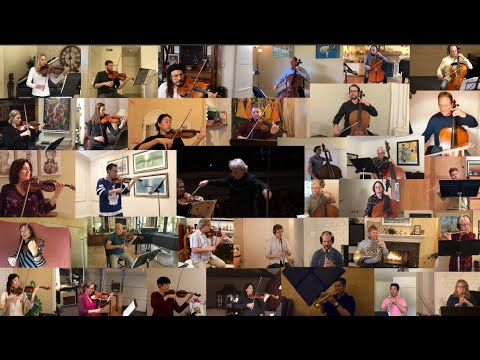 We're so excited to bring Pacific Symphony into your home, with this latest Quarantine Clip - 34 Pacific Symphony musicians perform Beethoven's Symphony No. 7 - IV. "Allegro con brio," from their homes. This is social distancing at its finest! This mosaic piece was recorded alongside our previously recorded version of Beethoven's Seventh, from last December. We'd like to give a special shout-out to one of our cellists, Laszlo Mezo, for his help in putting this together. Look forward to more mosaic-style performance content in the future!

Watch with delight as renowned Australian pianist Simon Tedeschi assumes the persona of the musical wunderkind himself, Wolfgang Amadeus Mozart, on this journey into the music behind the man. Joined by his wife and muse, Constanze, this performance gives audiences an introduction to Mozart’s music, from variations on ‘Twinkle, Twinkle, Little Star’ to his major compositions. Little music lovers will meet all the instruments in the ensemble along the way, and discover some of Mozart’s best known and loved classical music. 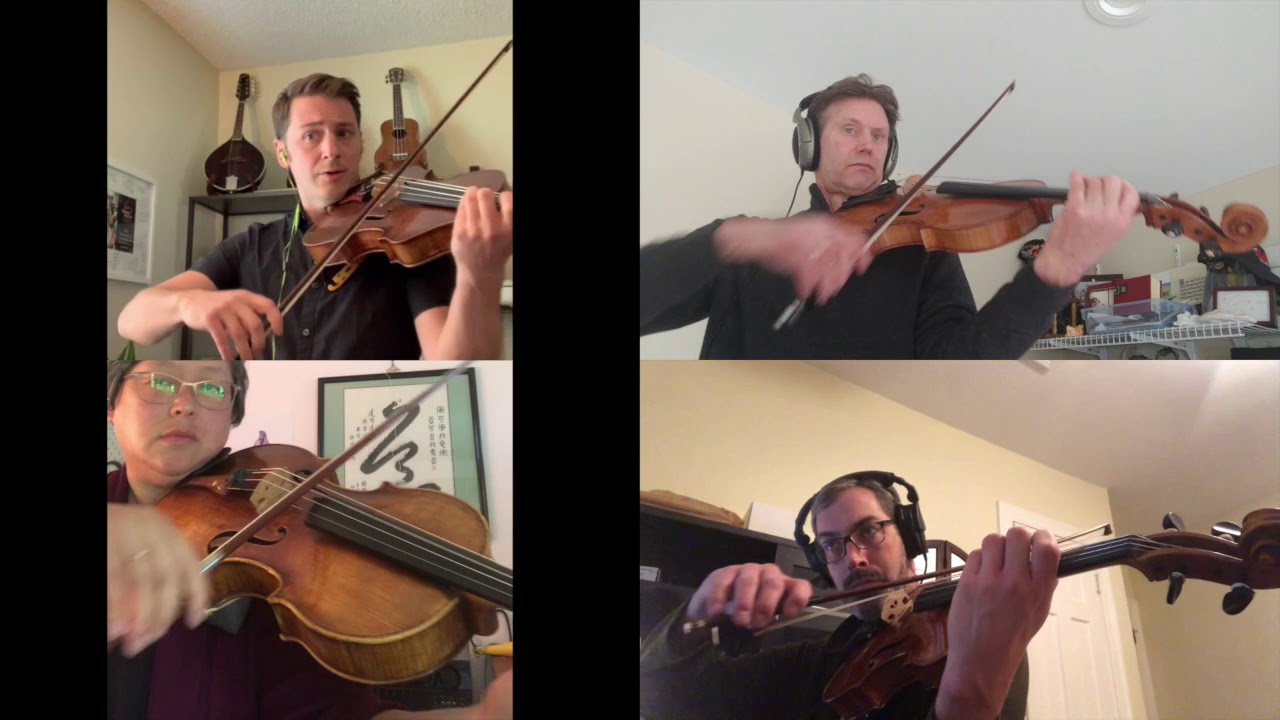 Members of the viola section Clare Yang, Anthony Parce, Chris Farrell, and Daniel Reinker were planning to perform viola quartets and octets at the American Viola Society Festival with their colleagues this June in Knoxville, Tennessee. Sadly that event has also been postponed so we thought we would share this arrangement of Amazing Grace by Jennifer Higdon, produced by Andrew Dunn. Sending everyone a little grace this week. Stay safe everyone and stay tuned for more viola content to come! 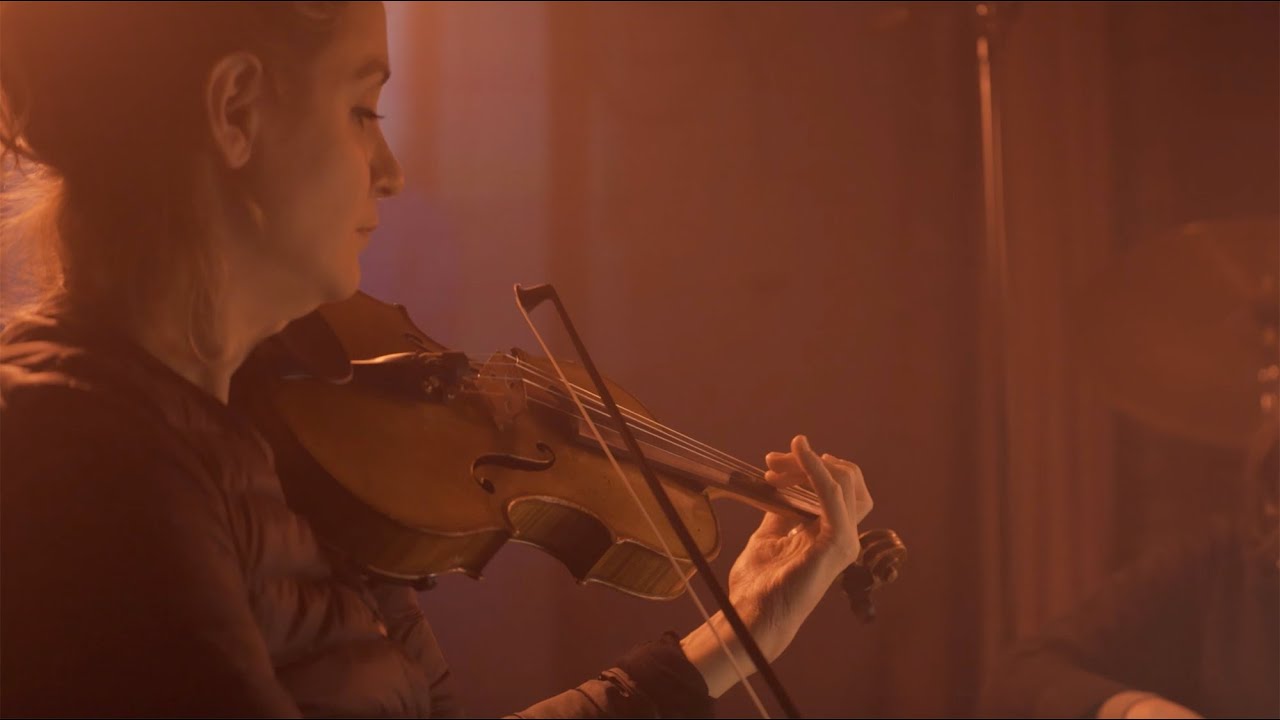 The first in our broadcast gig series, Cries and Whispers features spellbinding string music by Britten, Shostakovich and Gesualdo. This show was recorded in March 2020, just days before the lockdown, in front of a packed house at The White Hotel nightclub in Salford. Little did we know at that point that it was to be the last time we performed live for quite a while…

Concert for Our City: Streaming for All

BSO at Home, Concert for our City: stream starting Sunday, April 5th at 3PM EST Concert for Our City was videotaped live during a full-house performance at Symphony Hall on February 16. The concert was part of a series of free BSO musical offerings in February during the time the orchestra would have been on an East Asia tour, February 6-16. The planned tour was canceled due to increasing concerns over the spread of COVID-19.

We will #keepthemusicgoing. Throughout the ban on public events, the MSO will continue to perform for you. Hosted by MSO Cybec Assistant Conductor and Assistant Principal Cellist, Nicholas Bochner. In this extraordinary performance, filmed live at Hamer Hall in 2019, Sir Andrew Davis guides the Orchestra through two of Stravinsky’s acclaimed works – one wild, riot-inducing and revolutionary, the other a lyrical, little-known masterpiece. 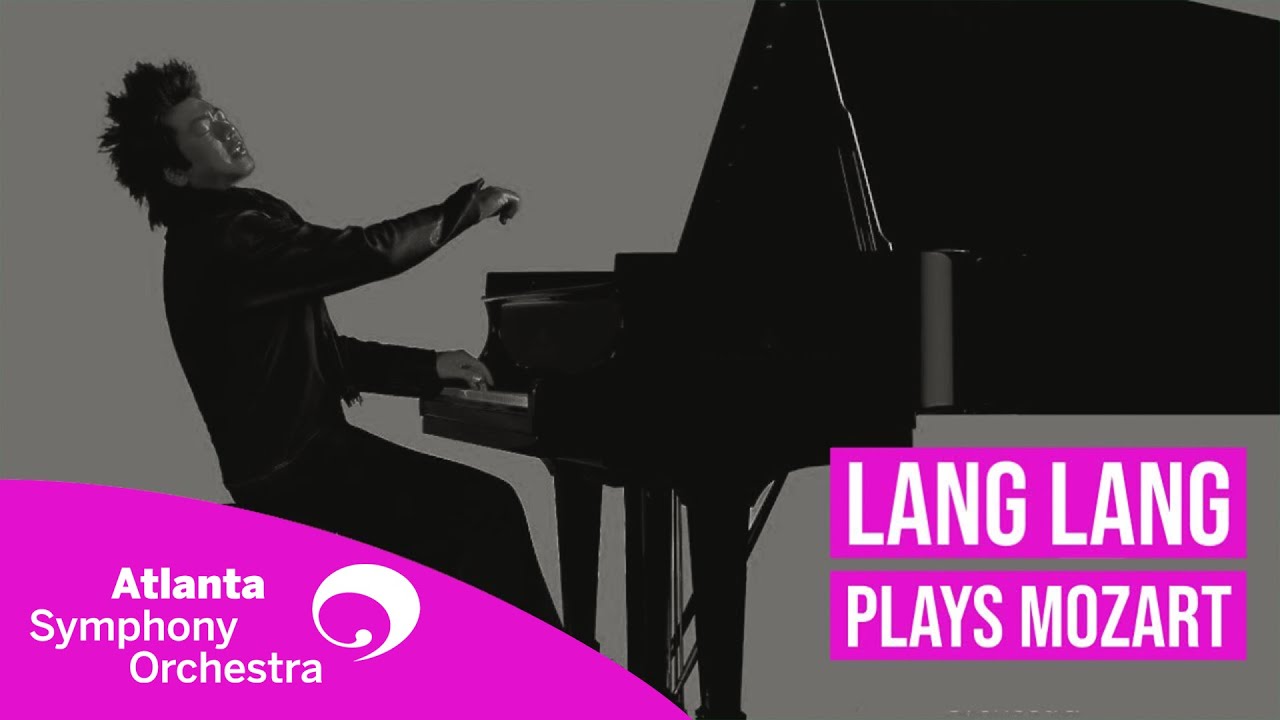 Lang Lang joins the Atlanta Symphony Orchestra for a magnificent evening of Mozart. 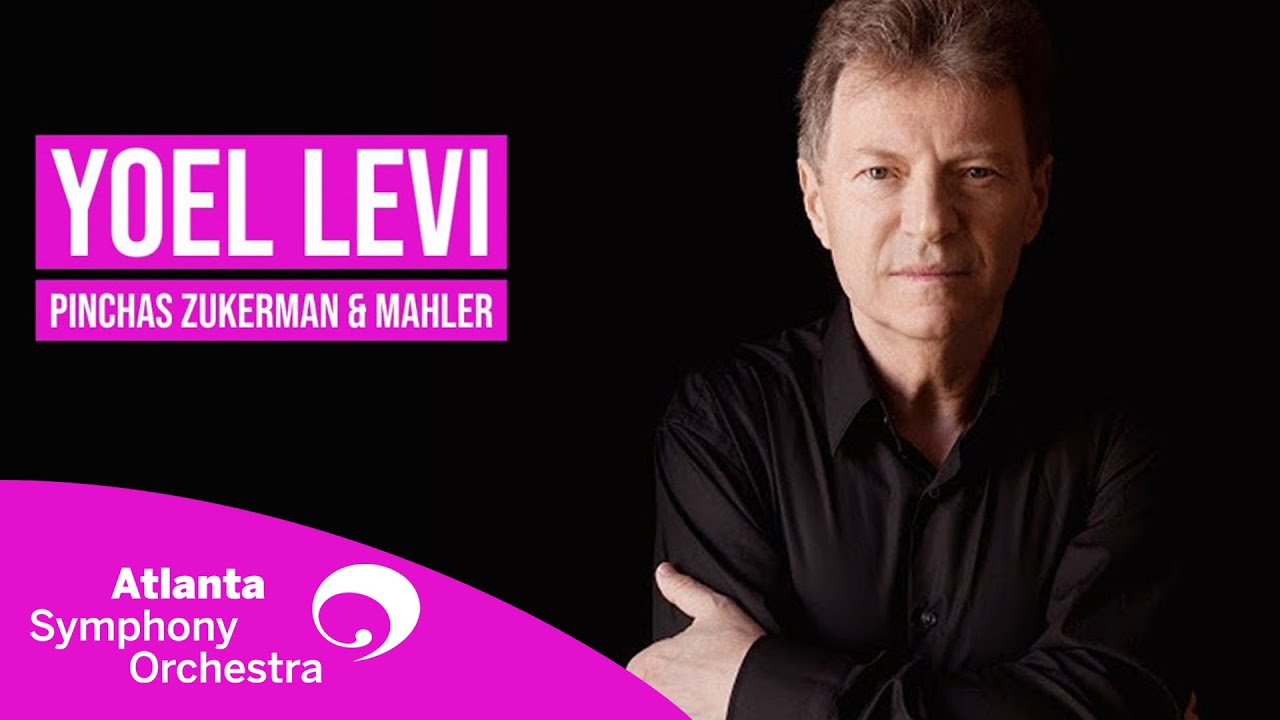 Former ASO Music Director Yoel Levi returns for a special program with violinist Pinchas Zukerman and capped by Mahler's exuberant monument to springtime, the Symphony No. 1. 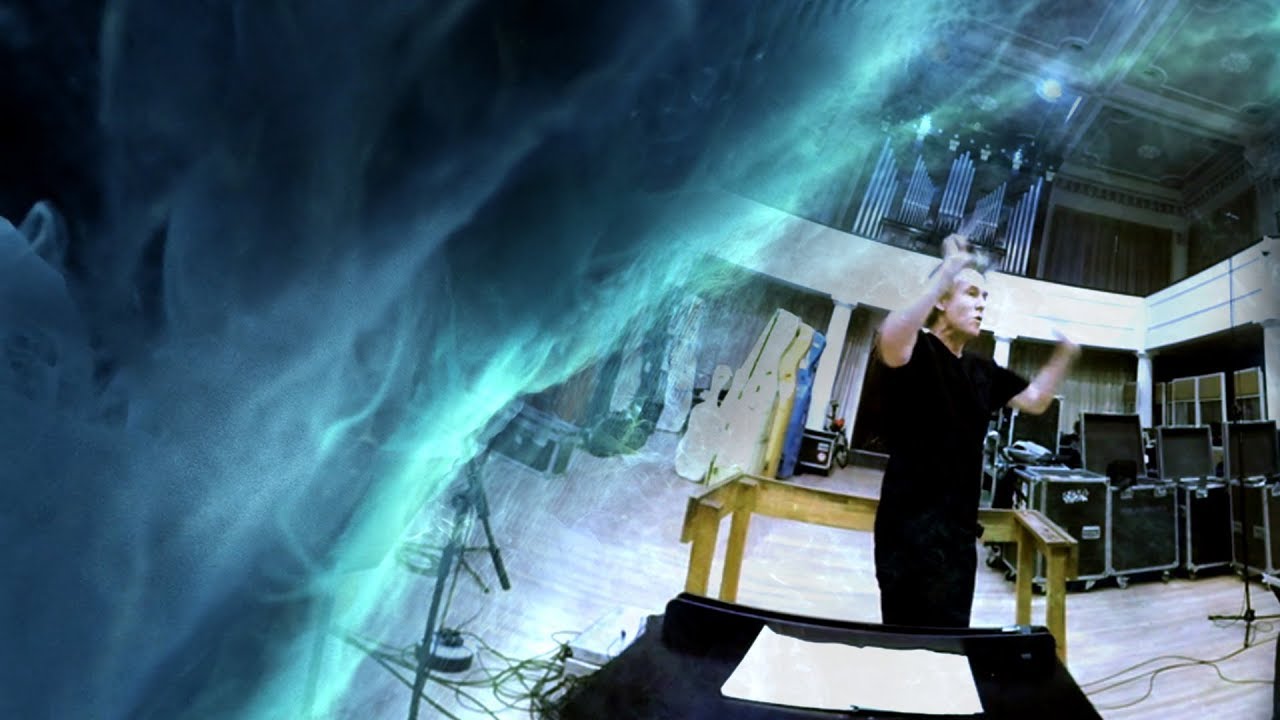